Vodoo League was set to be a smaller Dota 2 event, featuring stacks of semi-professional players in a tier-three tournament with a $7,500 payout. But as it turns out, the event was another example of tournament organizers trying to make a quick buck by scamming teams and falsifying match results.

Just like with NA Summer Shuffle at the end of June, Vodoo League ran matches that included at least one team with unaffiliated players and fake team accounts across multiple series.

Representatives from NOVA, Team Solid, and Meta4Pro all spoke out about the issues, with none of the teams actually playing in Vodoo’s matches. In the case of Solid and NOVA, the teams were actually playing in the early rounds of the Time of Bet Dota 2 Cup when they were informed of the Vodoo results.

According to Solid’s manager GaRRaT, the Vodoo admin claimed that they didn’t know what was going on. Maestro, the team’s captain, also spoke out against the event, stating that, while the team did play some games, the newer results were not from their accounts.

“The Voodoo tournament was played from our names,” Maestro said. “We started two matches at the same time, we decided to prioritize and play on Time of Bet, because the managers refused to postpone the match to Voodoo league.”

Liquipedia staff quickly confirmed that the match results were falsified and removed the tournament page form the visible portion of its website. Louis, an editor for Liquipedia, followed up with betting sites that had games from Vodoo League listed, letting their admins know about the scam.

“Once Maestro posted that message and I verified that those accounts that played were fraudulent, I contacted GosuGamers to de-list the tournament,” Louis said. “Afterwards, the ESIC (Esports Integrity Commission) was contacted to do an investigation and inform other betting companies of the Voodoo league’s activities.”

Vodoo League was supposed to have a $7,500 prize pool, a sizeable number for the tier-two or three Dota scene.

That money would have come from Suunrise Energy and MobileGo, though both of those sponsors were noted as sketchy by Liquipedia staff as soon as the tournament was proposed to the website.

MobileGo is a cryptocurrency that has been public since 2017 with the goal of building a digital platform that would allow users to make purchases inside video games and through betting on esports. But the currency has been on the decline since 2018, and the Serbia-based company’s leadership has been called out by several former employees for incompetency.

The only other sponsor for the event was an energy drink company called Suunrise Energy. The company has a Twitter page and website, though both were created around the start of July and there is no information about products available. There was also an Instagram page for the product, but it has since been deleted. 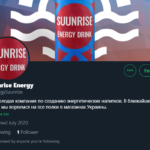 The tournament was officially canceled on July 27 after a majority of the teams withdrew from the tournament. GosuGamers and most other betting companies have since de-listed the matches and removed Vodoo League from their websites entirely.

How does crafting works in Apex Legends?

Where to set off fireworks at Lazy Lake in Fortnite Chapter 2, season 3