Christopher Nolan’s latest movie Tenet remains a total enigma two months before its release, and the marketing only further proves that.

Christopher Nolan’s latest movie Tenet remains an enigma two months before its release, and the marketing only further proves that. So far, details about the upcoming sci-fi movie are scarce, other than the plot details gleaned from Tenet‘s trailer. Perhaps most mysterious of all, though, is the movie’s release: unlike most other tentpole movies this summer, Tenet‘s release remains unchanged despite the mass shutdown of theaters worldwide.

As the COVID-19 pandemic continues across the globe, with over 5.15 million reported cases worldwide as of May 2020, the world remains in a state of unnerving precarity. Hollywood came to a grinding halt in March when the pandemic became impossible to ignore. With theater chains still keeping their doors closed, for the time being, Hollywood is playing it safe by delaying major releases or trying their luck with the VOD market. The big tentpoles of the season – including notable works like No Time to Die, Mulan, Black Widow, and Wonder Woman 1984 – have had their premieres pushed back to the fall season. For now, summer 2020’s release schedule is looking pretty bleak.

Continue scrolling to keep reading
Click the button below to start this article in quick view.

That’s one reason why the continued presence of Tenet in that July 17 slot remains so curious. Warner Bros. made some drastic changes to their release slate this year, but Christopher Nolan’s latest movie has remained steadfast in its place, unchanging even in the face of a literal pandemic. Given how big a deal the film is to the studio, and the great financial cost at risk, it would be reasonable to assume that Warner Bros. would be doing everything in their power to safeguard Tenet; yet, everything surrounding the mysterious movie has only raised further questions. Even if the current situation wasn’t as dire as it is, the marketing for Tenet would be very strange. As it is in this historical context, it’s kind of inexplicable.

Tenet‘s first trailer was released exclusively to cinemas at first, a tactic that seemed in line with Nolan’s oft-discussed commitment to the theatrical experience. The most recent trailer, however, came to the world via a Fortnite event. The pandemic has certainly forced Hollywood to find alternative means of promotion, but a virtual outdoor theater on the Fortnite party royale island was especially unique and unexpected. This wasn’t a first for Fortnite, which also premiered the Emperor’s speech from Star Wars: The Rise of Skywalker’s opening crawl and Quibi’s reboot of Punk’d, but Tenet didn’t seem like a natural fit in the same way as the aforementioned titles.

On top of this development, there are two other major aspects of Tenet that remain curious: One, the fact that audiences still don’t know all that much about the plot of the movie, and two, that Warner Bros. are still committed to a 2020 Summer theatrical release. Granted, the latter point isn’t as sure-fire a choice as it once was since the latest trailer notably did not include Tenet’s release date. Tenet‘s own Twitter page still states categorically that the film will be “coming to theaters” on that day. The message is somewhat more muddled than it previously was, but the agenda of Warner Bros. for the film remains in place.

Christopher Nolan is one of the few directors working today who can command a massive budget, total creative control, and original IPs, and do so while making major money at the box office. It’s safe to say that he’s earned a level of trust from Warner Bros. and his strident commitment to theaters, even during this tumultuous time, is part of that. With a reported budget of $205 million –  making it the most expensive film Nolan has ever directed – the studio needs Tenet to be a huge hit and a significant event in the pop culture calendar. That means keeping up the film’s mystique, putting Nolan front and center, and reaching as many people as possible during a time when traditional methods of marketing aren’t available.

The movie has also become a marker of sorts for Hollywood to see if the industry and audiences are ready to return to cinemas so early. A lot is riding on Tenet‘s success. As Anne Thompson of IndieWire noted, “No release date has ever seen the attention, or pressure, currently placed on Christopher Nolan’s Tenet.” Nolan’s films have never been marketed as bog-standard blockbuster titles, but the drama surrounding Tenet is a reminder that, during unprecedented times of uncertainty when the old ways don’t work, sometimes you just need to throw everything at the wall to see what sticks.

Iron Man 3’s Original Villain Plan (& Why It Was Changed) 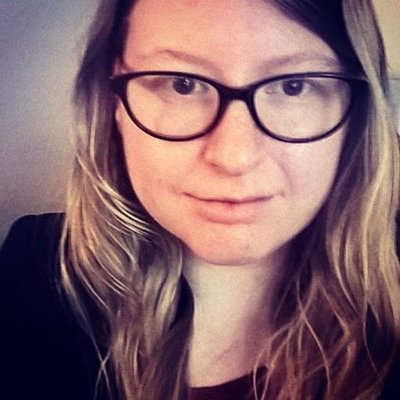 Kayleigh Donaldson is a full-time pop culture and film writer from Scotland. A features contributor to Screen Rant, her work can also be found regularly on Pajiba and SYFY FANGRRLS. She also co-hosts The Hollywood Read podcast. Her favorite topics include star studies, classic Hollywood, box office analysis, industry gossip, and caring way too much about the Oscars. She can mostly be found on Twitter at @Ceilidhann.

Galyn Görg of ‘Twin Peaks’ Dies. Where Is the Rest of the Cast Now?