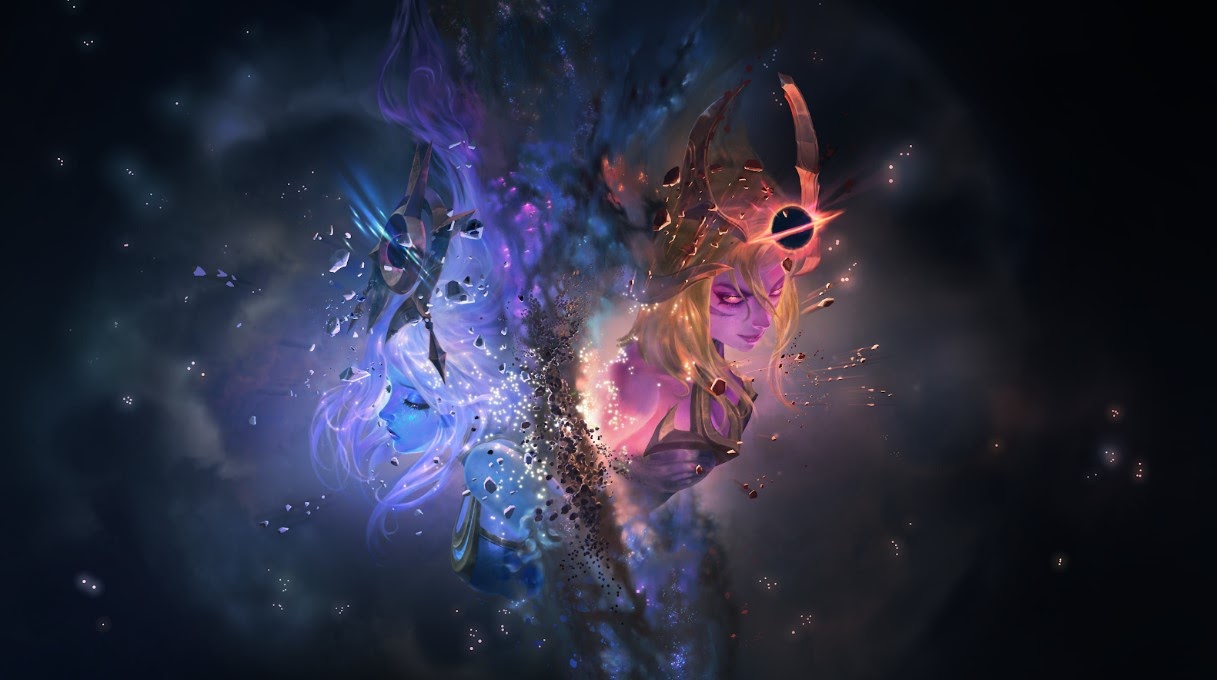 While previous events weren’t “hitting the mark,” Riot’s goal for 2020 and beyond is to expand on the universe and give players more agency.

“At the highest level, we believe League events should include (put simply): things to do, things to learn or discover like lore, things to earn, and things to purchase,” Xenogenic said.

This year’s Galaxies event, for example, gave the community insight into the Dark Star universe. Players got to choose Lux’s path of good or evil (Cosmic Court or Dark Star), which eventually became a part of League’s official lore.

Since the majority of players chose ambition over duty, Riot released a short story that followed Lux embracing the darkness and becoming one of the most powerful beings in the galaxy.

Xenogenic didn’t promise that every event will include a universe-altering decision, but new events will still add to the game’s extensive lore. The Riot dev cited the Pulsefire event that includes five short stories centering around Ezreal and his time traveling.

League’s next event will experiment with “different things for you to interact with individually,” according to Xenogenic. It’s supposedly one of the biggest events of the year and players can likely expect two new champions to release—a dreamy jungler and a masked assassin.

When will Call of Duty: Mobile season 9 end?