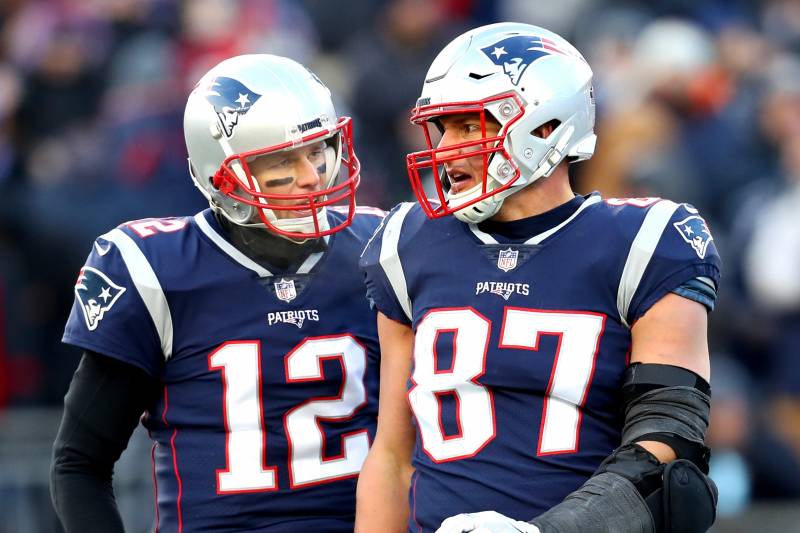 The New England Patriots agreed to trade tight end Rob Gronkowski and a seventh-round draft pick to the Tampa Bay Buccaneers on Tuesday in exchange for a fourth-round draft pick, according to ESPN’s Adam Schefter.

Fox Sports’ Jay Glazer reported that Gronkowski passed his physical with the team.

“Rob has agreed to play for Tampa this season,” Gronkowski’s agent, Drew Rosenhaus, told NFL Network’s Ian Rapoport. “He will honor his current contract at this time.”

Reports suggest that Gronkowski, who has one year left on his contract that will pay him $10 million this year, has been getting his body ready for a return to football, and that reuniting with Tom Brady was important:

#Patriots TE Rob Gronkowski has, in fact, begin putting on weight for a return to football, sources say. He’s ready. He wants to return. And Tom Brady wants him back for the #Bucs, too.

Gronk reuniting with Brady — wherever Brady ended — always felt like a real scenario behind the scenes. I can’t understate the appreciation, on and off the field, they have for each other. Gronk was done with the Patriots… but he never wanted to be done catching TDs from Brady.

During an appearance on What Happens Live with Andy Cohen on Monday, Gronk hinted that he might consider coming out of retirement.

Gronkowski, 30, retired ahead of the 2019 season after eight seasons with New England. During his Patriots career, he was a three-time Super Bowl champion, five-time Pro Bowler and four-time first-team All-Pro selection. He caught 521 passes for 7,861 yards and 79 scores, establishing himself in his prime as the game’s best tight end and arguably the most talented player at the position in NFL history.

Injuries were an issue for Gronk, however, as he missed 29 games in his career and 13 games in his last three seasons alone. After posting double-digit touchdown receptions in five of his first six seasons, he had a total of 14 touchdowns between the 2016-18 campaigns.

From @ESPNStatsInfo: The 78 TD passes from Brady to Gronk are most in the NFL from 2010-18 and twice as many as Brady has thrown anyone else.

And now Gronkowski will be playing football with Brady in Tampa Bay next season. It’s great news for Bucs fans and more tough news for Patriots fans, who have seen the most important player in franchise history sign with a new team this offseason and one of the most popular figures in team history come out of retirement to join him.