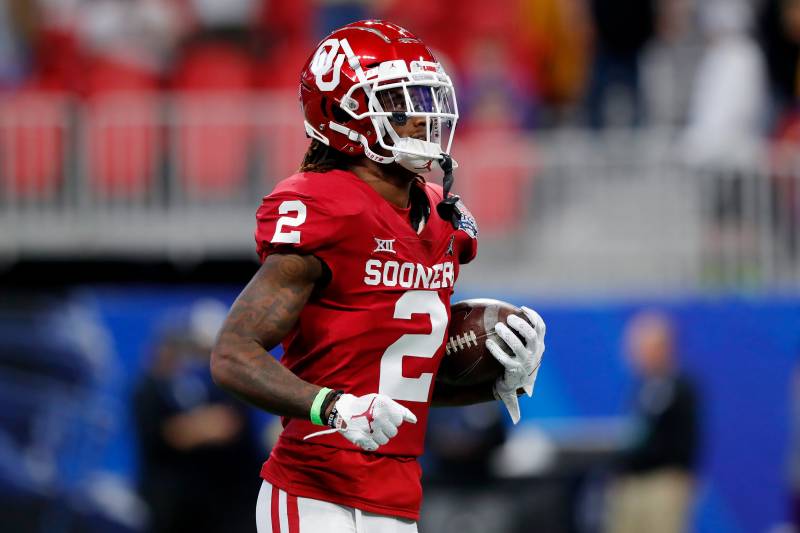 The 2020 NFL draft is over, and it was a much-needed sports distraction. The draft included a number of intriguing storylines and picks, but there were a handful of selections that stood out more than others.

Today, we will look at the eight best picks in the draft. The fit for each player with each team was considered, as was the value of where each player was selected. Not all the best picks came in the first round, but there were several teams that did make wise choices on the first day of the draft. 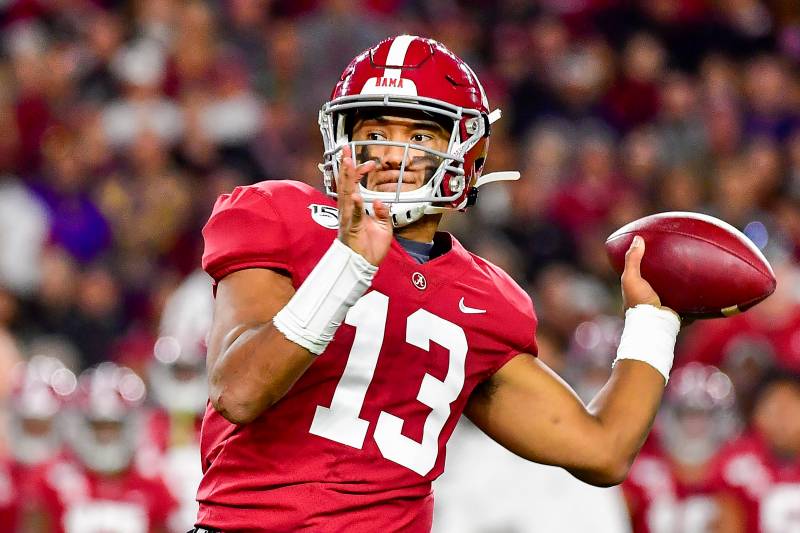 In 2019, the Miami Dolphins seemed like they were tanking for Tua during an 0-7 start. But then they won five of their last nine games, putting themselves out of the contention for the No. 1 pick. Early in the draft process, the expectation was that the Dolphins would need to trade multiple first-round choices to move up to select Tua Tagovailoa to ensure that the Los Angeles Chargers or another team wouldn’t jump them in the draft order. But they stayed at No. 5, and Tagovailoa fell into their lap.

Simply put, Tagovailoa has the chance to be the best quarterback in this draft. He displayed his incredible potential in college, as he threw 76 touchdowns to just nine interceptions in only 24 career starts. He also showed everything you would want in a franchise quarterback: accuracy, anticipation and velocity. It also helps that the moment never seemed too big for me.

If he can stay healthy, the Dolphins likely got the steal of the draft without giving up any additional picks. Given the importance of the quarterback position, Miami made the smart decision to hang in and draft Tagovailoa in the first round. Don’t be surprised if Tagovailoa gets onto the field early for the Dolphins and his play makes them a wild-card contender in the AFC. 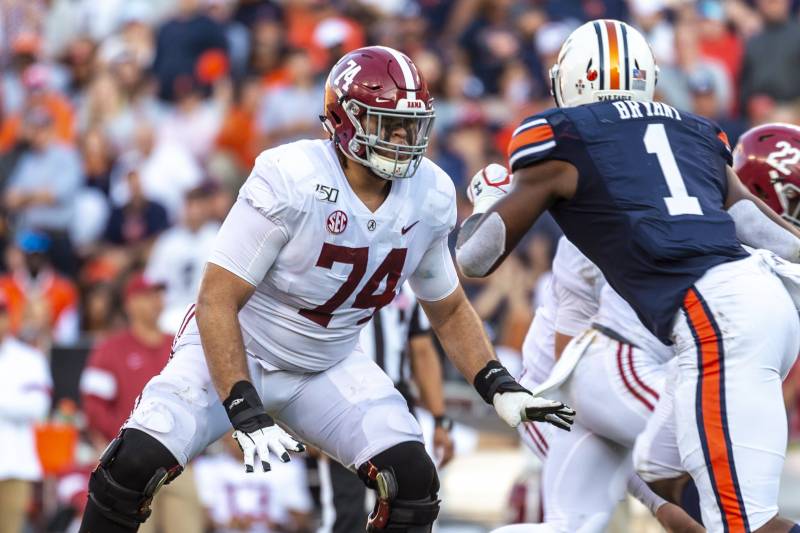 It was no secret the Cleveland Browns wanted to upgrade their offensive line. Cleveland signed Jack Conklin for $42 million over three years this offseason, but it still had a gaping hole on the left side. Instead of trading up to ensure it got the elite tackle it wanted, Cleveland waited patiently and was rewarded. At pick No. 10, the Browns selected Alabama star Jedrick Wills Jr.

Wills started 29 games, playing right tackle and protecting Tua Tagovailoa’s blindside. In 2019, he was named a second-team All-American and was an All-SEC first-team selection as he dominated the competition. Wills was one of the most athletic offensive linemen in the draft, posting an elite 40-yard dash time (5.05 seconds) along with outstanding jumps (34½-inch vertical, 113-inch broad jump). It’s not too hard to get behind an SEC blocker with such great tape and elite athleticism.

Wills was arguably the best tackle in the class, and the Browns stole him at pick No. 10. He was a home run selection and will be an instant starter for Cleveland. Look for him to slide over to that left side and be a significant upgrade from what the team had at that position last season. The first round couldn’t have gone any better for the Browns, as they grabbed arguably the best tackle in the draft to protect Baker Mayfield. 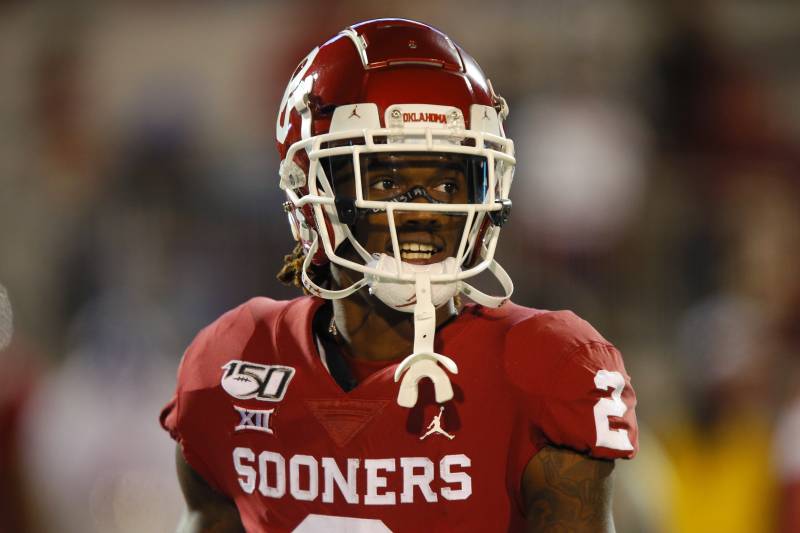 One of the biggest surprises of the draft was the fall of Oklahoma wide receiver CeeDee Lamb. Not only did he drop to pick No. 17, but both Alabama receivers (Henry Ruggs III and Jerry Jeudy) were selected in the top 15 picks. Considering that many believed Lamb was the top receiver in this class, it was shocking that he was the third receiver drafted.

From the moment Lamb arrived in Norman, Oklahoma, he was a star for the Sooners. He started 13 games as a freshman and 39 in his carer. He totaled 3,292 yards and 32 touchdowns and was a consensus All-American in 2019. He led the Big 12 in touchdown receptions (14) and averaged an incredible 21.4 yards per reception last season.

The most surprising part of Lamb’s slide was where he landed. The Dallas Cowboys certainly didn’t have a big need at receiver, but Lamb was too good for them to pass. He will join a receiving corps with Amari Cooper and Michael Gallup in one of the most prolific offenses in the NFL. He won’t be asked to be the team’s No. 1 receiver right away. Instead, he’ll likely play in the slot against smaller defenders.

The Cowboys got incredible value in Lamb and didn’t reach for a player at a position they needed more. Their patience and willingness to stick to their board allowed them to draft their No. 6 player in the class. It’s not hard to make a case that Dallas made one of the best picks in the entire draft. 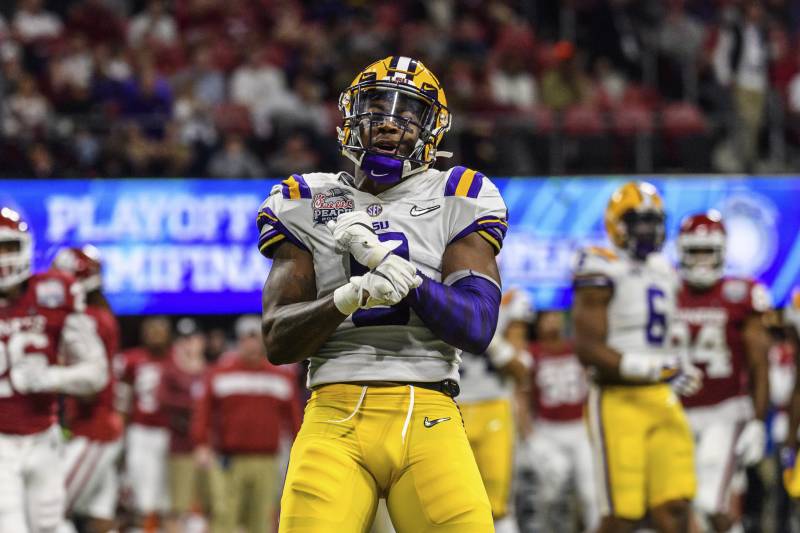 Everything always seems to work out for the Baltimore Ravens, doesn’t it? They aren’t a team that trades up often, and yet it feels like some of the top players fall into their lap. The 2020 draft wasn’t any different, as the Ravens grabbed LSU linebacker Patrick Queen at pick No. 28.

The Ravens’ biggest need was at that position, and Queen was arguably the best linebacker in the class. While he doesn’t have a ton of experience, he comes from a linebacker factory and is one of the youngest players in the draft. Queen also came with the added value of having played in a 3-4 defense in college, which could help his transition into the NFL.

Queen’s versatility, elite speed and coverage ability will fit in well with the Baltimore defensive line. The Ravens should be able to keep him clean from blockers and allow him to run from sideline to sideline without much disruption. Don’t be surprised if Queen becomes a Pro Bowl player sooner rather than later. He landed in the perfect scheme with a team that can utilize his skill set. Queen was a steal at the end of the first round. The Browns make their second appearance on this list for selecting Grant Delpit from LSU. They moved back from pick No. 41 to No. 44, adding a fifth-rounder (No. 160) for the former Tigers safety.

Heading into the 2019 season, Delpit was viewed as a potential top-10 pick by several draft analysts. But after an ankle injury and a high missed-tackle rate, Delpit’s stock fell dramatically even though he won the Jim Thorpe Award. He missed just one game, recorded two interceptions and became a consensus All-American.

Delpit certainly has tackling issues, but he is one of the best ball-hawking safeties to enter the NFL in years. Over the last three seasons, he recorded eight interceptions to go with 24 passes defended. Not only can he make plays on the football, but he’s also an effective blitzer with seven career sacks. Now that he will pair with Karl Joseph in the Cleveland secondary, he will get the opportunity to be a full-time free safety.

Look for Delpit to start for the Browns and to be a significant part of their defense going forward. He is too talented to have fallen so far in the draft and should outplay his draft status fairly early in his career. 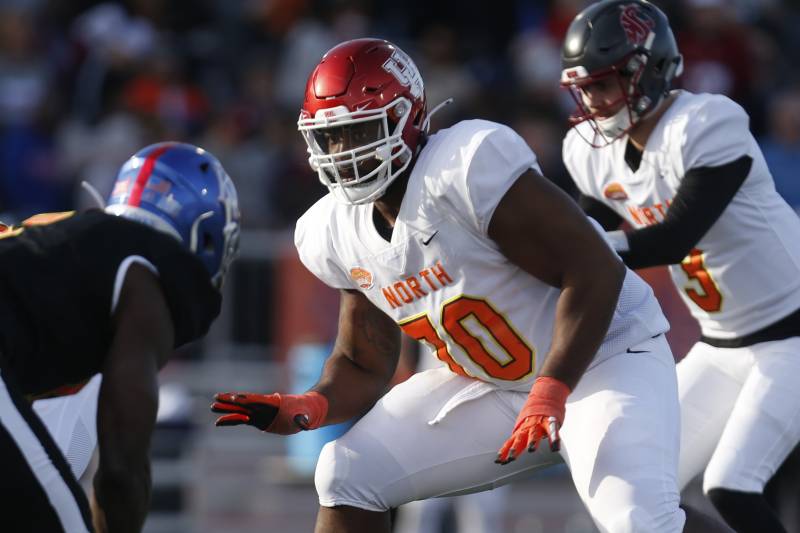 Sitting at pick No. 8, the Arizona Cardinals had the difficult decision of choosing between ultra-athletic linebacker-safety Isaiah Simmons or an offensive tackle to protect franchise quarterback Kyler Murray. The Cardinals decided to draft Simmons, as he is one of the rarest defensive prospects to enter the NFL in several seasons. But the Cardinals were still able to find a left tackle in the third round of the draft in Josh Jones from Houston.

Jones started 45 games at Houston, all at left tackle. In 2019, he was a second-team All-AAC selection and a team captain as well. He will be a perfect fit in Kliff Kingsbury’s offense, as he is one of the best athletes in the class. At 6’5″, 319 pounds, he moves with ease and has one of the smoothest kick-slides in the draft. While he didn’t always face elite competition, he performed well at the Senior Bowl against some of the nation’s top edge-rushers.

He will need to improve as a run-blocker, but there weren’t many tackles that were better in pass protection than Jones. Look for him to compete for a starting job as a rookie and protect the blind side of Murray for years to come. One of the best value picks of the draft was the New Orleans Saints’ trade up for Wisconsin linebacker Zack Baun, who somehow fell to the third round.

Entering the draft, the Saints might have had the most complete roster in the NFL. They are a team without many holes, and that allowed them to search for value at all stages in the draft. In this case, they stole one of the most versatile linebackers in the class.

Baun had a monster 2019 season, totaling 19.5 tackles for loss and 12.5 sacks for the Wisconsin Badgers. He was named a consensus All-American after finishing second in the Big Ten in sacks behind only Chase Young.

While he may not have been a fit for every team because of a lack of size (6’2″, 238 lbs), he is one of the best linebackers in the class. His combination of pass-rushing skill and coverage ability will play well in the Saints’ multiple defense, as he will likely play off the ball and on the edge. Baun has a chance to have a Clay Matthews-type career on an already good defense. Look for him to play significant snaps as a rookie. 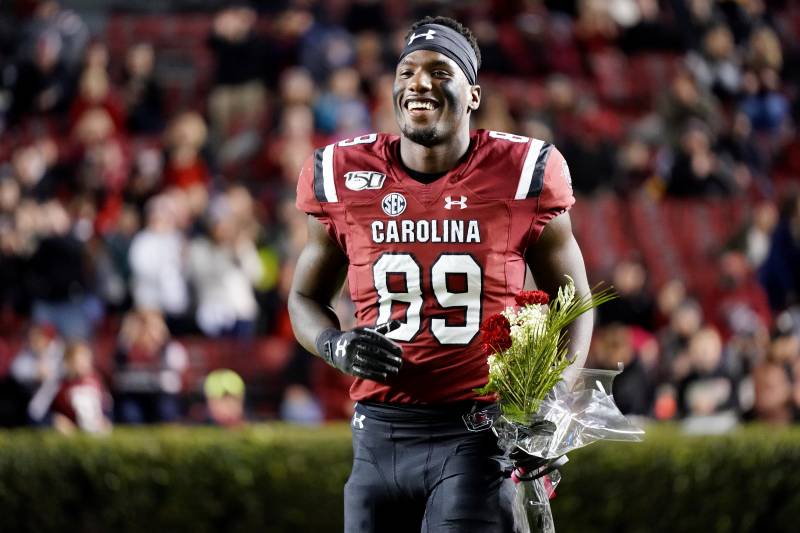 Entering the draft, it was no secret the Las Vegas Raiders had to make massive changes to their wide receiver corps. The unit needed speed and talent. That is why the Raiders spent the No. 12 pick on Henry Ruggs III from Alabama. While Ruggs is certainly fascinating given his elite speed, he isn’t a complete receiver. That, however, is why the Bryan Edwards selection at pick No. 81 was a home run for Las Vegas.

Edwards is everything that Ruggs isn’t. He’s a complete receiver who wins in the short to intermediate portions of the field. He comes out on top in contested areas and runs through defenders after the catch. The biggest difference between the two is their speed. Edwards isn’t slow, but he lacks the elite speed to challenge defenders down the field.

But that is why this pick made so much sense. Ruggs and Edwards are a perfect tandem, as their strengths complement one another. Look for both players to play a lot as rookies and for Edwards to potentially be the steal of the draft from the middle of the third round.

It's official: Baseball is back. How are you feeling?

Report: Cowboys “final offer” for Dak Prescott is between $33M and $35M/yr with over $100M guaranteed