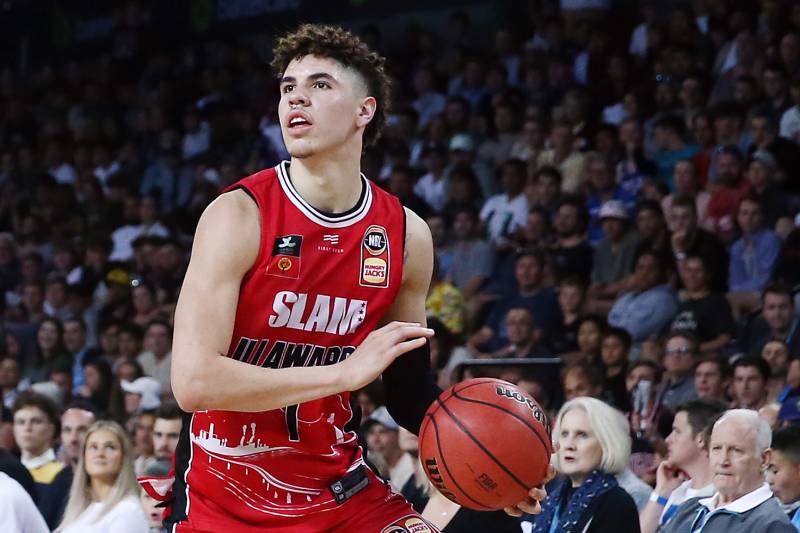 By the nature of the position, point guards hold the future of NBA franchises in their hands.

While responsibilities might be blurred in this increasingly versatile league, lead guards are still typically the ones who initiate offense, find shots for others and ultimately have the task of elevating the talent around them.

From Stephen Curry to Trae Young and LeBron James to Chris Paul, these players shape the identity of their entire organizations.

So, after running through our most recent 2020 NBA mock first round, we’ll examine what the experts are saying about the top floor generals in this class.

The most famous member of this draft class is also arguably its most intriguing. LaMelo Ball has question marks about defensive effort and shot selection but also glowing praise for his approach to playmaking.

That makes him tricky to evaluate, as ESPN’s Jonathan Givony and Mike Schmitz can attest. While their mock draft officially has the 18-year-old going fourth overall to the Timberwolves, they also identify him as the best fit for the Warriors with the top selection.

“The Warriors want to play fast, and there’s no better open-court igniter in this crop than LaMelo,” Schmitz wrote. “Ball pushing the break with two of the greatest shooters of all time filling the lanes would make for must-see TV.”

It would be a fascinating fit, as Ball is a brilliant passer who shines brightest in the open court. But it may be nothing more than a tantalizing thought, as Connor Letourneau of the San Francisco Chronicle reported the Warriors “aren’t believed to be high” on him.

Casual fans might not be too familiar with Tyrese Haliburton, who had his run with a bad Iowa State team cut short by a broken wrist. But talent evaluators are big on the 6’5″ table-setter.

In fact, SI.com’s Jeremy Woo slotted the 20-year-old fourth overall to the Hawks in his latest mock.

“Haliburton makes for an interesting fit here as someone who can help Trae Young grease the wheels offensively,” he wrote. “… His ability to play off the ball makes him an ostensibly better fit than LaMelo Ball.”

Haliburton’s Swiss Army knife skills should help him adapt to whatever role he’s given. He’s a willing passer (6.5 assists per game) but also a capable scorer (15.2), a steady shooter (41.9 percent from deep), a complementary rebounder (5.9) and a disruptive defender (2.5 steals).

The 19-year-old’s scoring volume was fine (18.5 points), but it lacked efficiency (38 percent from the field). He also failed to impress as a playmaker (4.0 assists against 3.5 turnovers).

But B/R’s Jonathan Wasserman, who mocked Anthony to the Knicks at sixth overall, stressed the importance of looking beyond the stat sheet.

“It was clear he lacked talent around him and spacing,” he wrote. “… His passing skills looked better than the numbers suggest.”

Anthony’s pedigree and point-production could be enough to attract early interest on draft night.