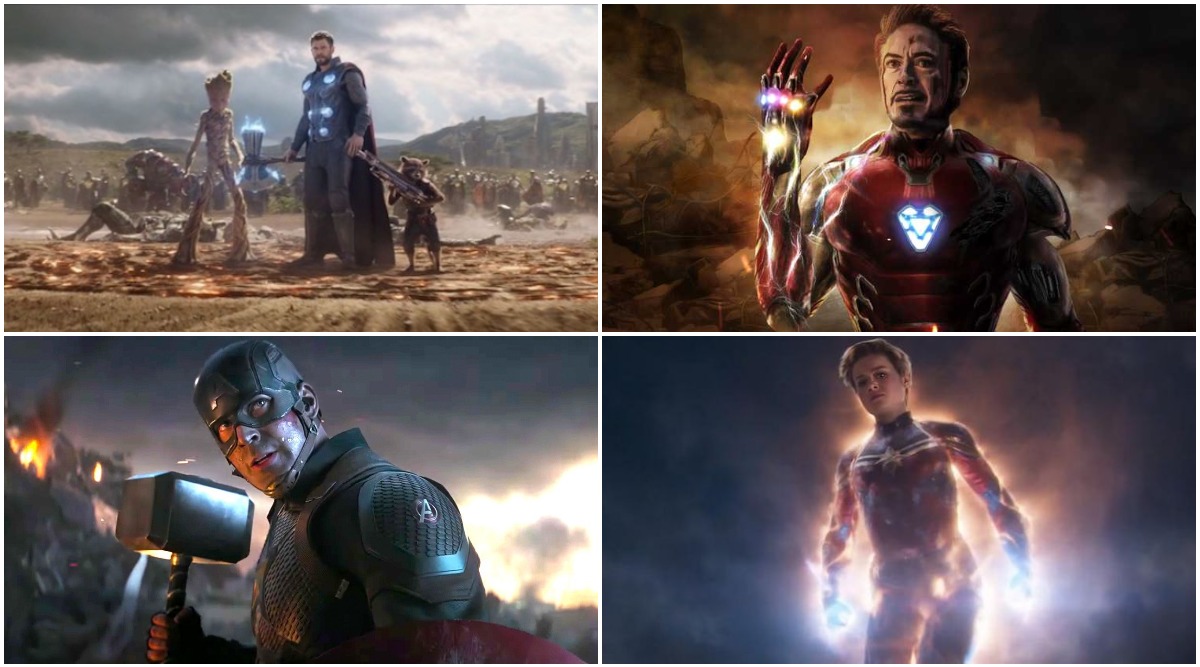 MCU Rewatch: 13 ‘Hell Yeah!’ Moments in the Avengers Infinity War Saga That Will Make You Wanna Visit the Movies Again in Lockdown!

Avengers Infinity War saga is one of the biggest cinematic events that happened to us this century, or perhaps THE biggest event, if I may say. James Cameron’s Avatar does come close, but no one can deny the euphoria surrounding the Infinity War dual event that have become a huge phenomenon, so huge that fans are sceptical that Marvel can ever pull off something similar in the near future. The two-parter saga – Infinity War and Endgame – came a year apart from each other, and was a culmination of 20 odd movies that came before in the Marvel Cinematic Universe. Infinity War and Endgame made their way into being the top grossing films of all time, with Endgame beating Avatar to be the highest grossing movies of all time. Avengers: Endgame Was this Marvel Character’s Last Movie in MCU, May Leave the Universe Very Soon.

Directed by Anthony and Joe Russo, both the movies were considered to be a feat of marvellous writing and direction, especially figuring out the complex narrative and balancing the huge roster of superheroes in the films. And yes, giving us one of the best antagonists of last year. Not to mention, the many cheer-worthy scenes.

In this callback feature, let’s look at 13 moments in both the movies that gave us literal goosebumps and made us cheer the most when we were watching these movies in theatre.

The first hero moment in Infinity War came courtesy the man who kickstarted the franchise. When Thanos’ cronies, Ebony Maw and Cull Obsidian come calling in New York to get the Time Stone from Doctor Strange, Tony Stark steps in perhaps the coolest moment of both the films as he takes of his shade and reveals his new nano-tech Iron Man armour, even leaving fellow scientist, Bruce Banner stunned. Avengers Infinity War Movie Review: Russo Brothers Deliver a Cinematic Marvel With This High-on-stakes, Ambitious Superhero Ensemble.

Cap Steps Out of the Shadows

If Tony can have a cool moment, can Captain America stay behind? The scene where he steps out of the shadows, after catching Proxima Midnight’s spear, showing off his glorious beard, and getting the hero entry that guaranteed wolf-whistles.

Christening Spider-Man as an Avenger

Peter Parker always wanted to be an Avenger, but at the end of Spider-Man: Homecoming, he prefers to be the ‘friendly neighbourhood Spider-Man’. But his actions in Infinity War are no less that of an Avenger, getting into Maw’s ship to save both Stark and Strange. So we can’t help but cheer when Stark baptises him as an Avenger, with Alan Silvestri’s iconic tune playing pointedly in the background.

Thor Makes An Entry in Wakanda

While most of the superheroes in Infinity War had stylish entries, it’s only Thor who gets a bleak one. The opening scene sees him witness half his men, friend Heimdall and brother Loki killed by Thanos and his minions. So it feels a moment of justice for the character when he makes a smashing entry during the Wakandan battle scene, wielding the Stormbreaker, flanked by Rocket Raccoon and Groot, and changing the tide of the battle. This was what we Indians love to call the ‘mass’ moment, and even if the euphoria was brief, it was totally worth it.

Avengers: Endgame begins on a bleak note with Hawkeye losing his family to the Snap, and Tony and Nebula stranded in space with food, water and oxygen running out. With things looking grim for Tony, we get our first ray of hope with Captain Marvel appearing before him and saving his ass. The scene of her glowing brightly before an emaciated Tony is made to look something holy. Avengers Endgame: Twitter User Adds Opening Night’s Audience Reactions to Key Moments in the Marvel Film And the Outcome is Simply EPIC!

The first true Avengers moment in Endgame comes after one hour, when the the surviving ones, bar Captain Marvel, adorned in their Quantum Realm suits walk towards the tunnel all in slo-mo. With camera shifting from one determined face to another, Silvestri’s score going to soaring height and Cap’s inspiring speech, we know that this is the beginning of something epic. And how right we were!

Was this the most surprising moment? After years of contemplating if Cap faked about not able to lift the Mjolnir in Avengers: Age of Ultron. So when Cap finally summons the hammer to tackle Thanos, we can’t help but say along with Thor, ‘I knew it!’. Along with a lots of clapping and cheering, of course! From Avengers Endgame To Knives Out, 11 Hollywood Films That Impressed Us The Most In 2019.

We knew that the Snapped heroes would return. But when a battered Captain defiantly faces Thanos and his inimitable army, we totally forgot about them and expected Iron Man and Thor to join him. Instead, we hear a crackle in Cap’s earphone, and then Falcon’s voice coming through it, ending with him recalling their Winter Soldier moment with ‘On Your Left’! A portal appears on his left, and out steps Black Panther (along with Shuri and Okoye), followed by Falcon flying across. Just tell me, if you were not standing on your seats and clapping wildly, then what’s the point of being there! The moment was so great that even Stars Wars: The Rise of Skywalker attempted to do something similar but with weaker results!

Sorry, but this scene also deserve a two-parter! It may have taken 22 movies for the franchise to say this iconic line. But trust Russo Bros to make it into the ultimate fist-bump moment, as Captain America leads the biggest superhero army seen in a movie ever. The buildup is terrific as the dusted superheroes arrive at the battleground from various portals from the Guardians to Spider-Man and Doctor Strange, with some surprise entries like Pepper Potts’ Rescue, Valkyrie and the Asgardians. Blink and you miss it, but even Howard The Duck makes an appearance too!

Captain Marvel loves making an entry doesn’t she? After staying away from most of the major events in Endgame, she returns in an epic way during the climactic battle, destroying Thanos’ ship single-handedly, and reiterating why she is the most powerful Avenger.

Sure, why the female superheroes all land at the same moment makes no sense during the battle. It may be a fan-bait moment, but for the euphoria that it creates, it is an entertainingly forgivable sin! If only Black Widow was alive…

Never has a moment in recent cinema has caused so much jubilation and eventual heartbreak in us, than the scene when Iron Man snaps the hell out of Thanos and his army, but not before having the final word! We will miss you, Tony! Avengers EndGame Movie Review: Marvel’s Superhero Film Is an Emotionally Wrenching, Enriching FanBoy Experience That Goes for Your Heart!

Don’t lie when you tell me that you didn’t feel goosebumps when the end-credits acknowledged the actors playing OG Avengers? Especially RDJ!

RM Sang Suga’s ‘What Do You Think?’ Back in 2016 and We Can’t Stop Thinking About It

Pink shares body-positive message about her ‘thunder thighs’: ‘Strong is my goal’