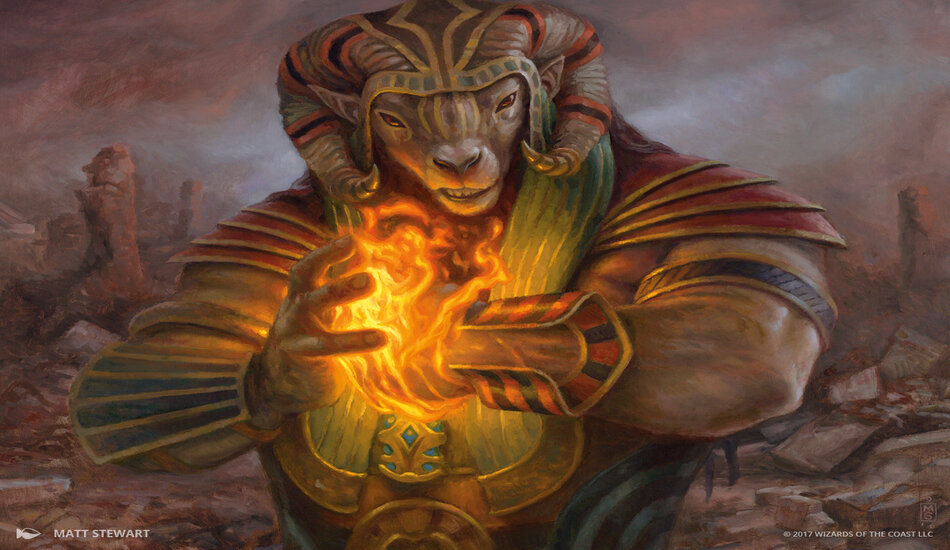 The color Red in Magic: The Gathering has a new weapon in its removal arsenal: Soul Sear.

Planeswalkers and creatures with Indestructible have a new enemy to fear with Soul Sear, a Red Instant removal spell revealed during today’s M21 spoilers. It’s an Uncommon Instant with a CMC of three that can deal five damage to a creature or planeswalker while also causing that permanent to lose Indestructible until the end of turn.

Prior to the reveal of Soul Sear today, Fry, Final Flare, and Mythos of Vadrok were the best removal cards in Standard Red that dealt five damage. But each was stippled with limitations.

Fry, for example, was cheap but could only target creatures and planeswalkers that were White or Blue. Final Flare has the same CMC cost of Soul Sear but requires a player to sacrifice a creature or enchantment as an additional cost. And Mythos of Vadrok could only be cast at Sorcery speed.

Soul Sear outplays these three top removal cards in Red because its mana cost is reasonable and that it has no limitations attached to it. It’ll likely be an auto-include as a sideboard card and it might even see main deck play as well. And in M21 Limited, it’s a bomb.

The M21 set is scheduled to digitally release on June 25 with an official launch on July 3.

When will Call of Duty: Mobile season 10 begin?