Implied volatility for Bitcoin has been on the decline as of recently, hitting its lowest level in 18 months, according to data provided by London-based derivatives analytics firm Skew. 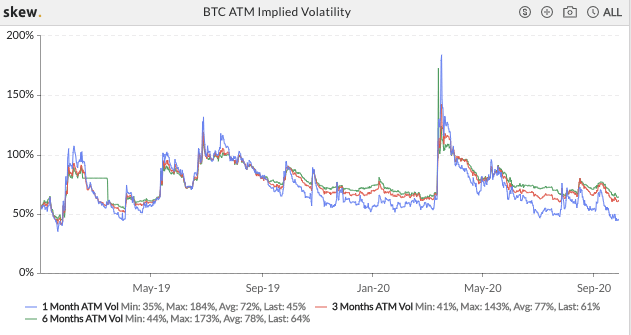 As noted by Tom Lombardi, the managing director of Canada’s leading cryptocurrency fund manager 3iQ Corp, the level of volatility doubled in just 10 days last time it was close to being this cheap in mid-July:

The day that started Bitcoin’s historic streak above $10,000

Traders bet on Bitcoin options that can be voluntarily exercised upon their expiration by paying the premium.

Bitcoin’s implied volatility (IV) is determined by options premiums. The higher they are, the higher is the chance of a major move.

Its one-month IV is currently sitting at just 45 percent, down 36 percent from a local peak of 71 percent that was recorded on Sept. 8 when the cryptocurrency market was in the middle of a correction.

Historically, such periods of low volatility tend to precede significant market shifts in either direction.

This is exactly what happened on June 27 when Bitcoin recorded its second-largest daily increase to date, surging by nearly 11 percent.

Remarkably enough, that day kick-started Bitcoin’s longest streak of daily closes above the $10,000 level, as reported by U.Today. 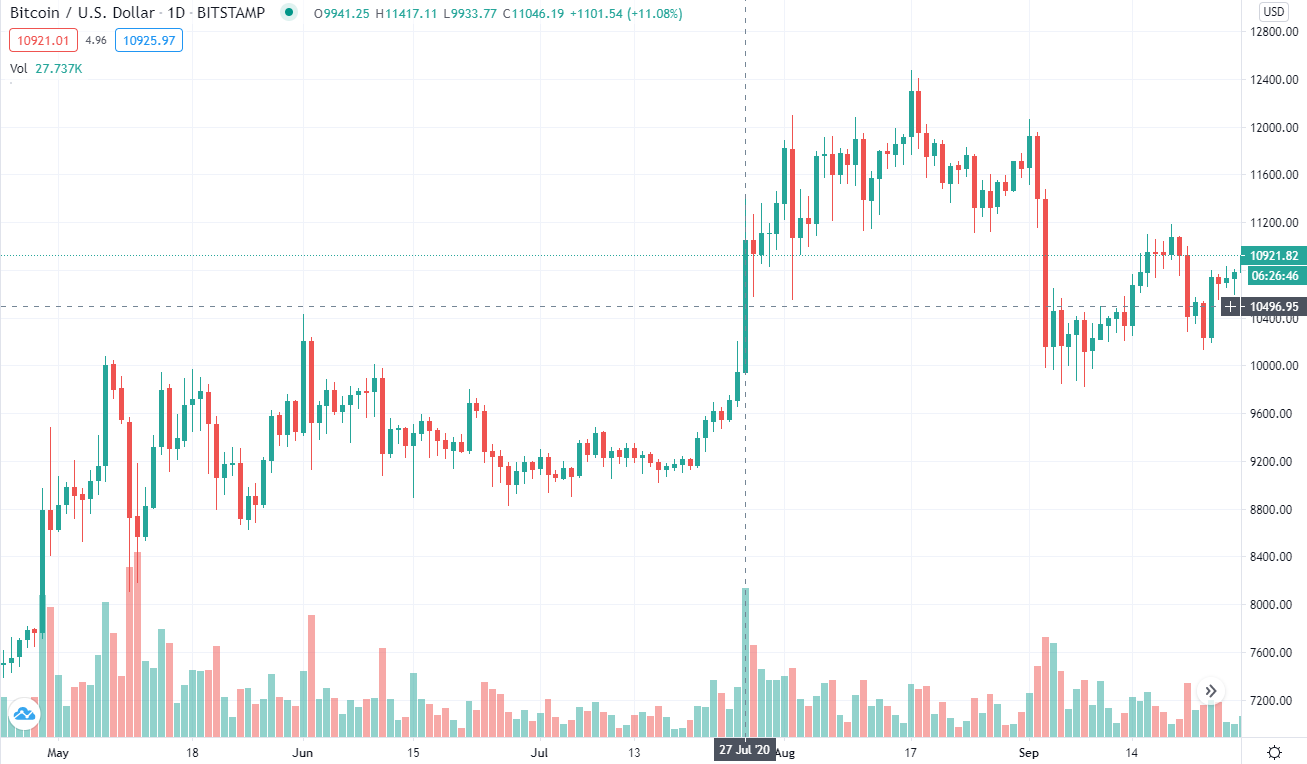 In the meantime, open interest for Bitcoin options collapsed to just $1.4 bln on Sept. 25 due to a blockbuster expiry of over 89,100 options contracts. This came shortly after it logged a new all-time high the day prior to the event.

The market, however, remained unfazed by the gargantuan contract expiry, with Bitcoin trading within a very tight range.

What Changes at the Fed and the SEC Mean for Crypto

Ethereum Could be Forming Bearish Reversal Pattern as Uptrend Stalls