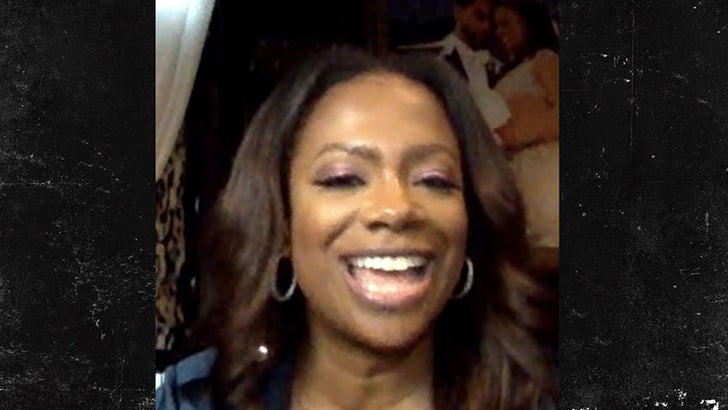 Kandi Burruss hears and sees the shade being thrown her way after winning “The Masked Singer” … but it’s only making her victory taste even sweeter!!!

The champ was basking in her glory, although still in quarantine, when she told TMZ … she’s not about to let the haters grind her down. Especially because now she’s finally able to enjoy the win after months of keeping it under wraps.

As you know … Kandi won the third season of ‘Masked Singer,’ becoming the first woman to wear the crown, but the title’s coming with an extra side of hate. Some folks thought Jesse McCartney got robbed, and some just don’t plain like KB, no matter what she does.

But Kandi is going to let the hardware do the talking instead of taking a victory lap at the expense of others. She says she doesn’t have to say anything to her detractors … since, obviously, she’s already embedded in their heads!!!

Kandi makes some pretty good points about blocking out the negative, and tells us why none of it is getting under her skin.

Shout out to DJ Khaled … All Kandi did is win, win, win, no matter what!