HTC has launched a virtual reality (VR) collaboration and meeting app to capitalize on the rapid shift to remote working brought about by COVID-19.

Vive Sync, as the new app is called, debuted back in 2018, and the Taiwanese tech company has been piloting the service with a number of clients since then. Today, Vive Sync is being made available for free as part of an open beta program for all companies.

The launch comes as remote-working tools have surged in popularity over the past couple of months. Yesterday, Microsoft announced that its Teams collaborative software had passed 75 million daily active users, up 70% on the 44 million announced less than two months ago. Videoconferencing platform Zoom has also seen its user base jump from 10 million in December to more than 200 million in March, while Google Meet has now passed 100 million daily active users and is adding 3 million new users every day.

With Vive Sync, HTC is looking to tap a market similar to that of Teams, Zoom, and Meet, but with added engagement and interactivity — vital for teams seeking to replicate a physical working environment as closely as possible. HTC exec David Sapienza said that the future of work is “rapidly becoming more global and more remote” and that VR will serve as a bridge to this new world.

The Vive Sync can accommodate up to 30 participants simultaneously, with support for collaborative meetings, presentations, press conferences, and any other types of interaction. Different “seating” arrangements are possible, including small conference tables or auditorium setups. Vive Sync also integrates with Microsoft OneDrive to make it easier to virtually share files, such as PowerPoint presentations, PDFs, videos, and images that can be displayed on a giant screen. 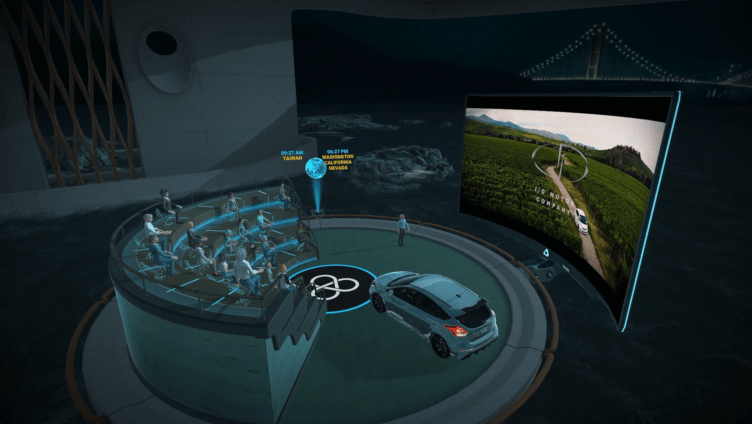 Other notable features include a speech-to-text option that allows participants to take notes through verbal comments, and they can also take screenshots to refer back to, while 3D drawing and annotation tools are designed to replicate a real-life whiteboarding session. Using a separate mobile app called Sync Avatar Creator, users can create their own personalized avatars from scratch. When integrated with their profile on Vive Sync, they will essentially have a full life-like digital representation of themselves. Moreover, if the user adopts HTC Vive controllers and uses hardware that supports eye-tracking, such as the Vive Pro Eye, there is potential for more meaningful “interpersonal communication” involving body language and eye movements. 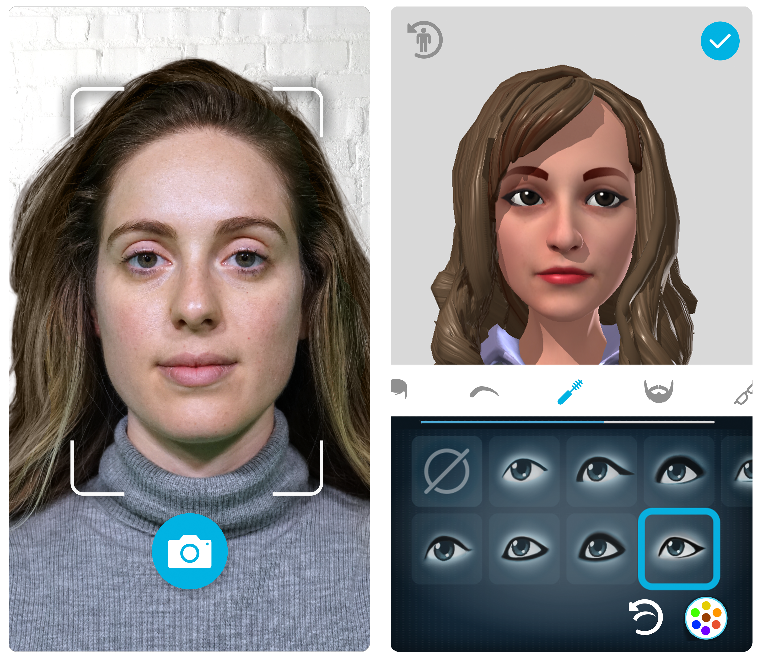 While the COVID-19 crisis could set the stage for VR to emerge from gaming to the world of business, buying and maintaining hundreds or thousands of VR headsets will be a resource-intensive endeavor, so we’re not likely to see this happen overnight. However, HTC is clearly eager to capitalize on what it sees as the early stages of a transition to virtual, immersive meetings.

For now, Vive Sync is only compatible with Vive VR hardware, including standalone headsets and those that require a PC connection. However, HTC said in future it will introduce support for other devices, including Facebook’s Oculus Rift and Quest and Microsoft’s mixed reality HoloLens headsets.

Minecraft is getting a free PSVR update this month