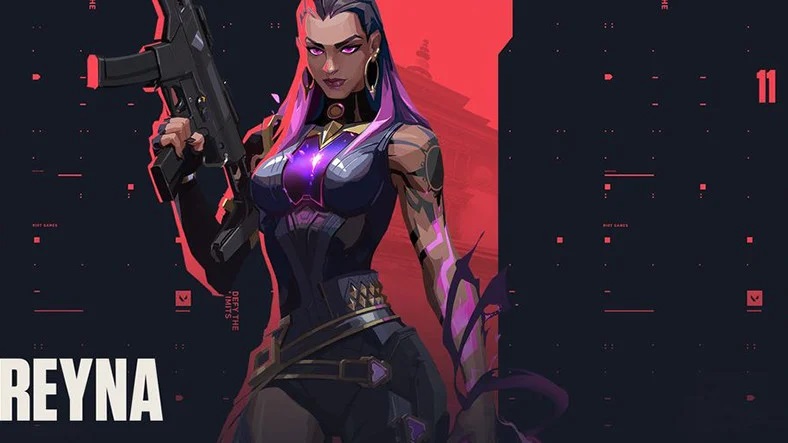 As VALORANT‘s official launch begins, fans have also gotten a look at the latest character to join the game’s growing roster of deadly agents. Reyna hails from Mexico and relies on a player’s own bloodlust to take over the battlefield.

Reyna’s primary skills all depend on whether she’s able to get kills. If she can’t grab any takedowns, she won’t be able to get the most of her powerful kit.

Here are all of her abilities:

If you get a kill as Reyna, you unlock multiple venues to sustain yourself, like the powerful Dismiss and Devour abilities. Her ultimate also solely depends on a player’s ability to chain kills together to fulfill her high potential as a squad-wiping powerhouse.

Reyna should do well in the hands of confident players with good aim. She excels in prolonged teamfights where she can use her invisibility, invulnerability, and heals to stay in the battle. Her Leer ability is also great in the heat of battle and should allow players to rack up more kills on the scoreboard as the game progresses.

VALORANT will be officially released in North America at 7am CT on June 2.

Gen.G bounce back in LCK Summer Split with win against SP