Ethereum is now in the process of rallying up to $200, marking a significant extension of the momentum that was first incurred when the cryptocurrency pushed from its sub-$100 lows in mid-March.

This bullish rebound has allowed it to significantly outperform Bitcoin in recent times – a trend that analysts don’t expect to last too much longer.

Traders’ tempered bearishness on the cryptocurrency comes as it begins showing signs of tiredness, meaning that it may decline in the near-term as its technical weakness grows.

At the time of writing, Ethereum is trading up just under 4% at its current price of $196, marking a notable climb from daily lows of $187 that were set yesterday.

The cryptocurrency is now pushing up against what analysts are describing as a “major supply” zone that could halt its uptrend in its track, with a rejection here confirming this level as significant resistance and potentially pushing it significantly lower.

One popular trader spoke about this in a recent tweet, explaining that a rejection here could elucidate the “underlying issue” that may hamper the crypto from climbing higher in the days and weeks ahead.

“Tiredness developing on ETH approaching the major supply. Timing will be important but the underlying issue is beginning to show itself,” he explained. 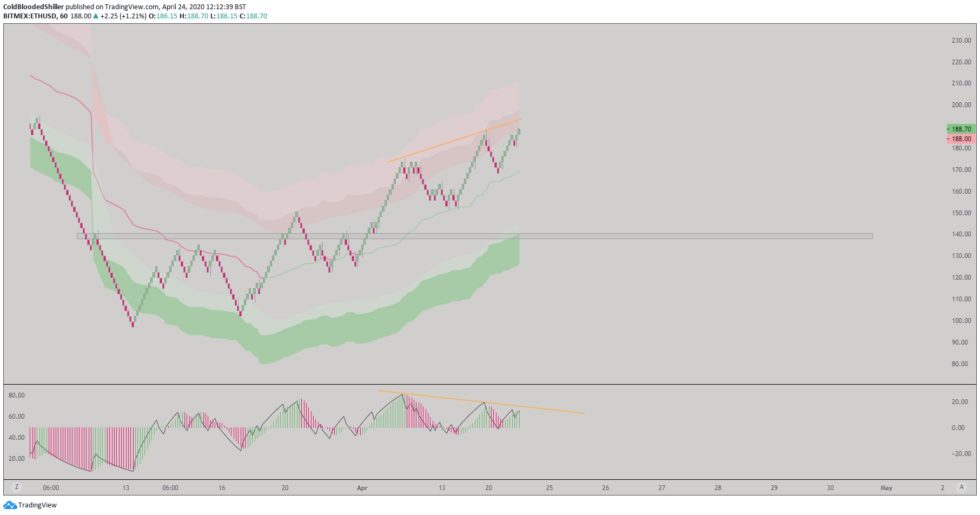 Analyst: ETH to Underperform Bitcoin is Days and Weeks Ahead

This potential weakness could lead Ethereum to significantly underperform Bitcoin in the days and weeks ahead.

Another trader mused this possibility in a recent post, offering a chart showing the heavy resistance level ETH is currently pushing up against while looking towards its Bitcoin trading pair.

“Out I was so wrong on this. Still not liking how ETH / BTC looks at all. Sticking to my thesis thinking BTC gonna outperform hard when weekend is over,” he noted. 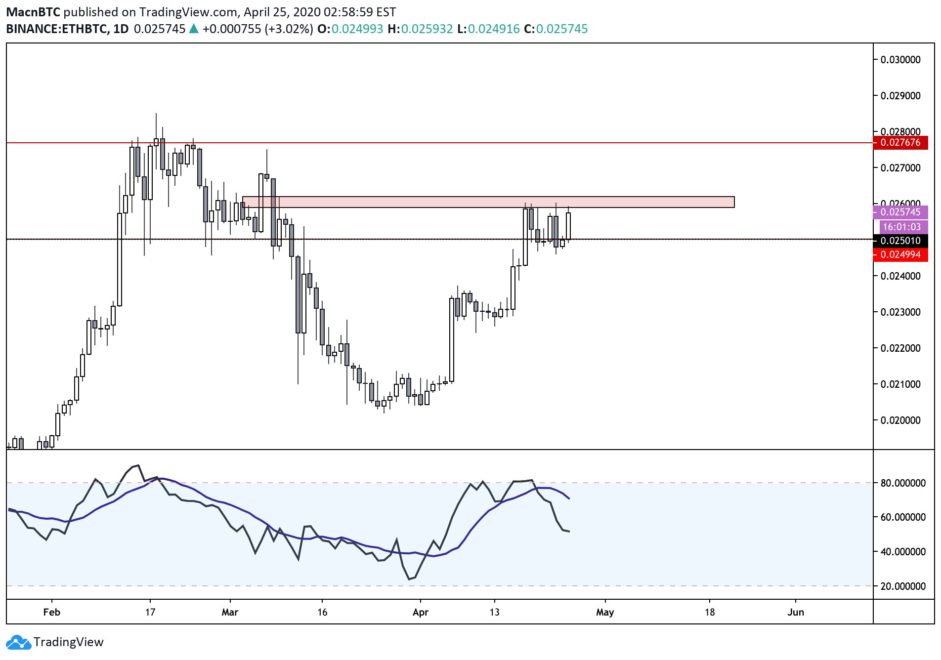 Because Bitcoin is showing some serious signs of strength at the present moment, it is possible that Ethereum will underperform it due to the heavy resistance it is currently facing.

Ethereum Shows Signs of Weakness as It Nears Last-Ditch Support