Daniel Wu grew up idolizing Bruce Lee and has drawn inspiration from the global icon during his own career as an actor, director and producer. Be Water, a 30 for 30 documentary on the life of Lee, airs Sunday at 9 p.m. ET on ESPN.

I wish you were here. I don’t mean here in the sense of a beautiful island vacation spot on the back of a postcard. I don’t even mean here in Oakland, California, where I now live and where you once had a school. I mean here on this planet in the year 2020 during this stressful time of a global pandemic and a country in crisis.

There have been many times where I’ve wondered, ‘What would Bruce think? What would Bruce have done?’ Or, ‘I wish Bruce could have seen this.’ You were taken from us too soon. Unlike Bob Marley or John Lennon, who died too soon but shared the full spectrum of their genius, it feels like you were just coming into yours. You were just realizing the dream you had so clearly laid out for yourself and had so much more to offer. However, in the short time you were on this planet, you left an indelible mark that has inspired millions of people, including myself.

For most of my life, I have been obsessed with you. Not that I didn’t have other role models, but you were special. I would buy any magazine with you on the cover. I read all of your books. Whenever your movies were on TV, I never missed them. I remember sneaking a portable black-and-white TV into my closet because Enter the Dragon was on after my bedtime. Once I got tucked in and the door was shut, I burst out of the sheets and flew into the closet so I could watch with the volume off.

When I found out you were born in San Francisco like me and died one year before my birth, I fantasized that I was your reincarnated self. For years, I collected anything that was related to you: T-shirts, posters, toys and, most important, videotapes. I would seek out anything that could possibly have you in it. From the films you did in Hong Kong as a child, where I could see glimpses of who you would become to the famous Long Beach Karate tournament, where you demonstrated your famous 1-inch punch and planted the seed for modern MMA to the episodes of The Green Hornet where you played Kato and owned every scene you were in — I ate it all up.

Most revealing were the interviews. They captivated me because I could see the real you. You spoke with so much confidence, conviction, humility, humor and intelligence. And on top of all of that, you had swagger: the way you dressed, the glint in your eye and that wry smile you always had made you cool. I had never seen anyone of my race on the big or little screen like you, and I was captivated.

I am now 45 and my obsession has subsided a bit. Just a little bit. Did I mention I named my dog Brucelee? Please don’t be offended that I named my dog after you; it’s purely out of respect and I have instructed the whole family that we must call him only by his full name. It forces me to utter your name at least a few times a day, as well as forces anyone he meets to say your name aloud as well. It’s a way to keep you in my life. But if there were ever a time I wished you were here in the flesh, it would be right now.

You put water into a cup, it becomes the cup.

You put water into a bottle, it becomes the bottle.

You put it into a teapot, it becomes the teapot.

Now water can flow or it can crash.

Be water, my friend.”

More than just a piece of dialogue in a movie, this was a mantra that you used throughout your life. In the martial arts, it led to your realization that a natural organic flow is more important than prearranged organized movements. In life, it meant that you must know when to be soft and when to be hard. And when faced with adversity, instead of letting it stop you, like water, you must flow through it.

Growing up in the British-colonized Hong Kong and then coming to America in the ’60s at the height of the civil rights movement, you must have been acutely aware of discrimination, prejudice and racism. Although you were not known as an activist, it is obvious how deeply affected you were by those issues, because it showed in everything you did.

When you were teaching, you ignored racial boundaries. You had white, black and Latino students because as you believed, “we are all but one family.” You defied the wishes of traditional Chinese martial artists who felt you should not be teaching kung fu to non-Chinese. It was serious enough that the Chinatown elders sent their best fighter to make you stop. You won that fight and flowed on.

When you got the role of Kato on The Green Hornet, the character was nothing more than a sidekick with little to no dialogue. You went on to steal the show, not only with your dynamic action but your electric charisma. I can’t imagine the hurt and betrayal you must have felt after coming up with the idea of a martial arts Western because there were no good roles for Asians at the time, only to be told that “America is not ready for an Oriental lead.” When Kung Fu, the TV series, was aired, it must have been gut-wrenching for you to see a role that you created for yourself played by a white man in yellowface. But instead of letting that break you, you flowed on and went back to Hong Kong, where you were not only embraced and accepted, but became a global icon.

The Big Boss, Fist of Fury and The Way of the Dragon all dealt with issues of oppression, with your main characters always fighting for some sort of freedom. The scene in Fist of Fury when you jump-kicked that sign at the park entrance that said “No Dogs and Chinese Allowed,” and beat up the guys who tried to keep you out, was liberating, not just to people of Chinese descent, but for anyone who ever felt belittled, bullied or discriminated against. Those films were so wildly successful that Hollywood could ignore you no longer. In Enter the Dragon, you finally exploded onto the scene and became the shining star you knew you would be. Sadly, you died 10 days before the premiere and never got to witness what you were so determined to achieve. But even in death, no obstacle could stop you or define you, you became water and flowed on.

I was born and raised in this country. Being a minority was part of my identity and making you my hero was part of that identity. It gave me strength and it empowered me. When I moved to Hong Kong and started making movies there, it was the first time I didn’t have to think about race. For almost 20 years, I was no longer a minority. It was freeing. However, after returning to America, I realized I was no longer conditioned for issues of race, so I avoided the topic, leaving it for the more impassioned and knowledgeable to deal with. But the past two months have changed everything.

COVID-19 began infecting millions and killing hundreds of thousands. Shops, schools and institutions have been shut down, the global economy is in ruins and it is unclear what will happen. With this uncertainty, fear and anger have bubbled to the surface.

Because the coronavirus originated in China, people of Asian descent around the world have specifically become targets of racist attacks as if they were personally to blame. Verbal attacks have escalated into violent physical attacks. An Asian family in Texas was stabbed because their attacker believed they were spreading the virus. A woman in New York had acid poured on her head. An elderly woman was kicked in the face by two teenage boys while waiting for the bus. In just two months’ time, there have been more than 1,700 reported cases of hate crimes toward Asian Americans. People whose families have been in America for four or five generations are being treated as foreigners and enemies. Many are scared to leave their homes, while others are arming themselves.

Get our For the Culture newsletter in your inbox

You are now subscribed!

Knowing that just my face alone can elicit so much hate, anger and violence is jarring. I am scared. Scared for the vulnerable. Scared for my daughter and her future in this country. And I am also angry. Angry at the systems in place that continually divide us. Angry that my status as an American is conditional. Angry that things haven’t changed. And this is just in the Asian American community. Recent events have shown that it is obviously far worse for the African American community, where hundreds of years of oppression have led to yet another killing of a black man at the hands of the police. It’s infuriating.

I want to fight. Part of me wants to be provoked so I can lash out — smash them in the face like you smashed that sign to pieces. End it all with a flying kick. But this isn’t a movie and the solution is not as simple as knocking out the bad guy and saving the day. I initially started this letter hoping that you could impart your wisdom to me and tell me what to do in these dark times. But I understand what I need to do.

This pandemic cannot be knocked out with one swift kick, and neither can systemic racism. A small trickle of water can eventually cut through the toughest rock. It is constantly flowing and moving forward. When met with an obstacle, it does not stop but flows around it and eventually consumes it. When pushed, it moves out of the way but does not get pushed back. It can flow and it can crash and this is how we must face this fight. Whether white, black, brown or yellow, we must face these times with strength, empathy and compassion, and implore others to do the same while making sure not to get caught in the trap of becoming stone. We must remember that it’s imperative to join the other groups fighting this fight because they have been dealing with much worse for much longer, and only with solidarity can we form lakes and oceans to extinguish the flames of racism. Most importantly, as an individual, I must persevere and keep pushing, keep flowing. I must be water. 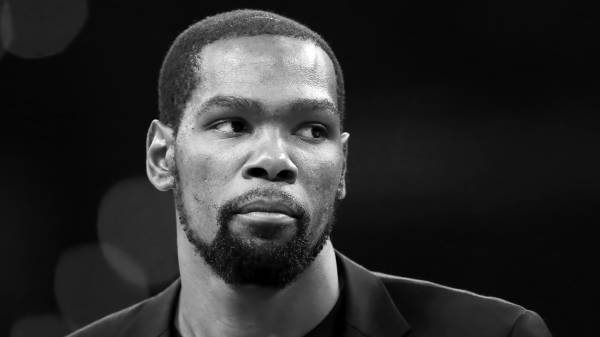 Kevin Durant’s black pride is stronger than ever: ‘This is about our culture’ Read now 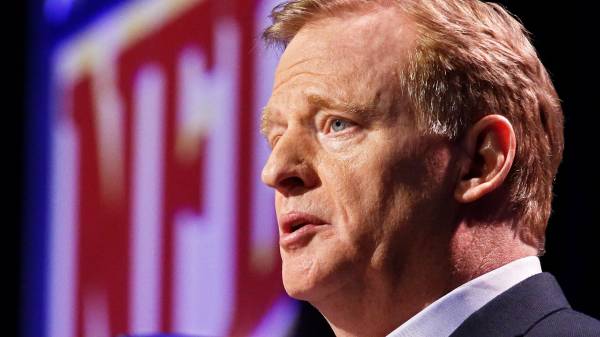 Thank you for being here for me again.

‘Watermelon Sugar’ and ‘WAP’ Are Similar Songs; One Twitter User Pointed Out the Unfair Critique of Cardi B’s Track Compared to Harry Styles’