Kamaru Usman is set to return to the Octagon next month. He will put his welterweight title on the line against Gilbert Burns who surged upwards in the rankings following an impressive performance against Tyron Woodley. However, UFC Welterweight fighter Nate Diaz expressed his discontent at the fight. This prompted ‘The Nigerian Nightmare’ to reply with a few hard facts. 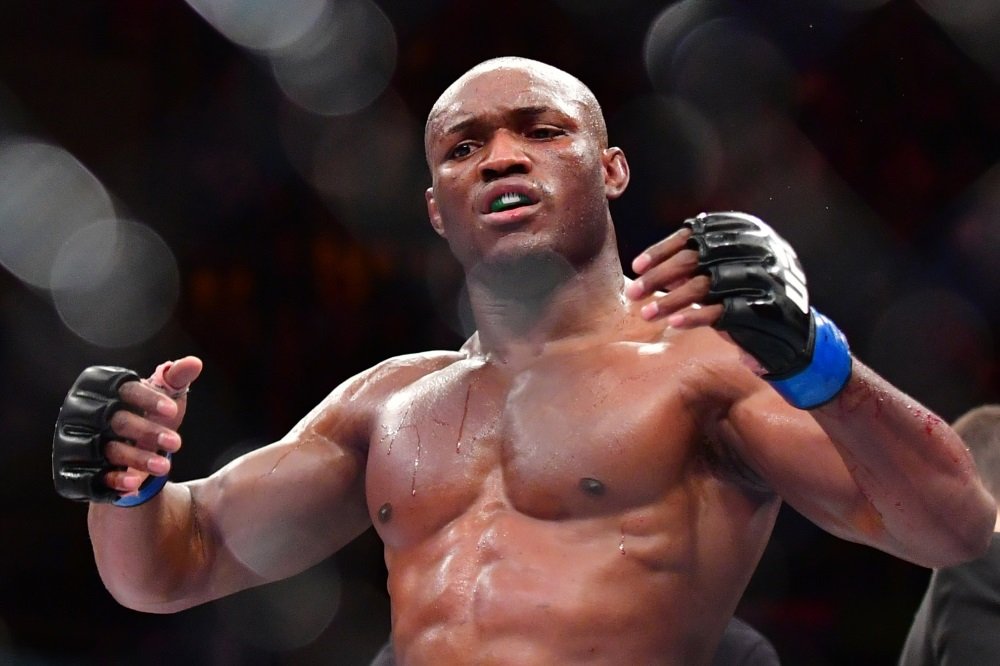 ‘The Nigerian Nightmare lashes out at ‘The Stockton Slugger’ claiming no one will remember him. In his tweet, he also addressed Diaz’s claims that he is avoiding the one next in line.

First, ‘the champion targets Diaz and brings up his abysmal record in the last 8 years. Furthermore, he highlights Diaz’s career loss record. In this vein, he continues by bringing up ‘The Stockton Slugger’s prolonged absence from the Octagon over the last 4 years.

He did not complete for 36 months after going down to Conor McGregor at UFC 202. Finally, he talks about how Diaz shied away from the title fight when ‘The Chosen One’ offered it to him.

Next, the reigning Welterweight Champion addressed Jorge Masvidal who was to be “the next  guy in line.” He brings up ‘Gamebred’s so-so career record and talks about his loss nearly 3 years ago at UFC 211 to Demain Maia. Also, he brings up this year’s UFC Fight Night: Lee vs Oliviera. Here ‘Durinho’ trounced the same fighter in the first round via TKO.

Building on this point, ‘The Nigerian Nightmare’ hypes his UFC 251 opponent. ‘Durinho’s 6-fight win streak is not lost to anyone and is part of the momentum that propelled him to a title fight. He talks about the last 2 fights which were the TKO win over Maia and the complete domination over Tyron Woodley.

He concludes by branding ‘Durinho’ “a true martial artist and not all talk.”

Burns:
•6 Fight win streak in less than 2 year span.
•KO over Maia who defeated “said guy”
•(50-44) domination over #1 WW Woodley who you turned down for a title fight.
•Burns Is a true martial artist and not all talk. #UFC251

Finally, ‘The Nigerian Nightmare’ ended by tweeting, “Bottom line, if you got double digit L’s shut TF up and sit yo Bum Ass TF down. Oh and once again don’t forget to buy the PPV”

What do you make of Kamaru Usman’s fact-based arguments to shut Nate Diaz?

Continue the conversation on Telegram, join other MMA fans on MMA Fans Group

Report: Antonio Brown lands in Tampa tonight and is “very close” to deal

NFLPA board votes to recommend canceling all preseason games this year