Products featured are independently selected by our editorial team and we may earn a commission from purchases made from our links; the retailer may also receive certain auditable data for accounting purposes.

In the early days, and up until fairly recently, VR was somewhat of a novelty, and primarily used by only the most devoted gamers and tech enthusiasts. The graphics were rough, chunky and pixelated, and the price for a headset was sky-high. But over the years, VR has evolved, and accessible headsets now offer a fully encompassing and innovative experience for everyone, whether you’re a gamer or not.

With VR, you’re not just playing the game — you’re a part of it. The 3D interactive world provides a sense of presence and immersion that’s incomparable to playing on a regular screen. While the logical part of you realizes you’re standing in your house with a headset on, your brain is simultaneously tricked into thinking you’re floating, flying, falling or shooting zombies in the face.

VR goes beyond games too; there are endless opportunities for use in entertainment and education, and as time and tech progresses, it’ll become increasingly common in more and more areas of our lives. A standalone headset where everything (like the speakers, sensors, and processor) is included inside will be your best bet for the most modern and cutting-edge technology. It’ll take you on transcendent and riveting adventures, with top-of-the-line graphics and games. Think of it like a wearable gaming console.

But you don’t necessarily need a high-tech, high-end headset anymore either. These days, anyone with a smartphone can get in on the action. There are plenty of great fully decked-out VR headsets but there are also decent VR viewing goggles, which simply hold your phone in place to let you look around and view your virtual universe, using your phone’s built-in gyro sensor. The goggles also free up your hands, so you can navigate the game with a controller when necessary. We’ve included picks for both advanced and accessible headsets on our list.

Note that if it’s your first time using a headset, it’s best to ease into it. Avoid the intense and dizzying games like rollercoasters for your maiden VR voyage, as these can cause motion sickness, and turn you off from future experiences.

As a beginner, shopping for a VR headset can make your head spin, but it’s really not as scary as it seems (unlike the hordes of VR horror genre games coming out right now). Whether you want a “game console”-style set where everything’s included, or one that runs purely off your phone’s tech, we’ve selected four of our faves here to help get you started on finding the right headset for you and the VR world you’re looking to jump into.

If you’ve been casually looking around for a VR headset, or even know about the basics, there’s no doubt you’re definitely heard of this one from Oculus, and with good reason: it’s one of the most popular options for an all-in-one standalone headset that offers a full home VR experience.

You won’t need a phone or a PC to use it, though you do need a phone for the initial setup through the app. But otherwise, the processor, display, and audio are all built-in, and after setup, you’re good to get started. You also won’t need headphones, as the sound comes straight out of the unit.

This set also includes two, fully-tracked touch-controllers for smooth and instant interactions, like picking up objects, in the VR games of your choice (this headset is compatible with a wide variety of games). It goes far beyond games too, simulating scenarios such as surgery and the Apollo 11 moon landing.

You can also set guidelines for the perimeter of your room before playing, so you don’t crash into a wall or trip over the couch.

For gamers, or anyone really, who wants to get into serious VR but lacks a powerful PC to process the higher-end games, this is a winner.

PROS: Provides an excellent interactive experience, accurately reflecting your movements and hand gestures. Also compatible with streaming apps too, where you’re watching movies in your own private virtual theater.

CONS: At 4.5 pounds, it’s by far the heaviest unit here, and can get uncomfortable after long periods of gaming. The headset relies on a lithium ion battery, and only lasts about two hours. The controllers require AA batteries too. 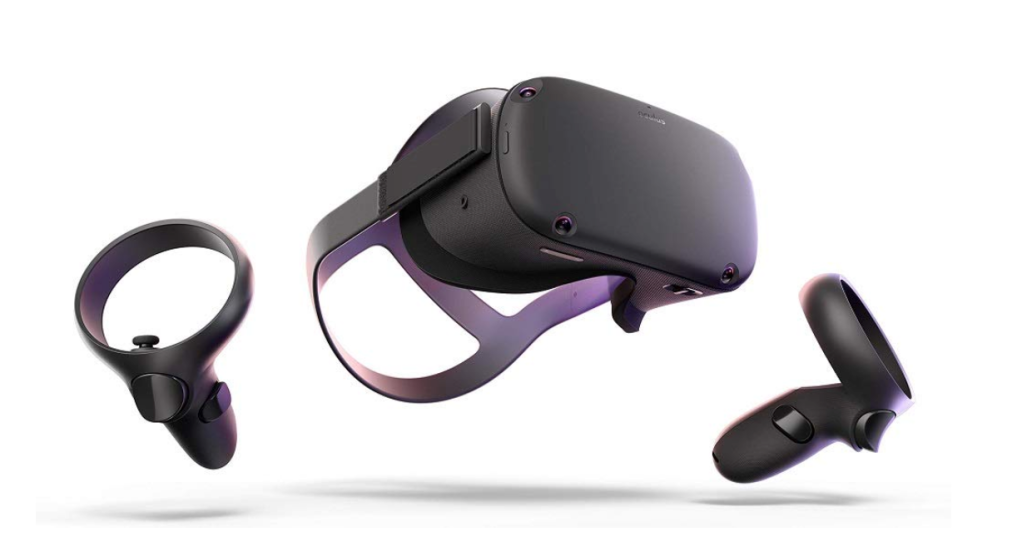 This headset connects to your phone though not through Bluetooth (although an additional wireless controller is optional). Instead, you can physically pop your phone into the headset and you’re ready to play, using your phone’s built-in gyro sensor.

At 11.3 ounces, this is fairly lightweight for a headset. The strap wraps tightly around your head, with three adjustable layers, and two sliding sight switches make it easy to bring any phone into focus. All-around washable padding makes it comfortable to wear, and a convenient cutout at the bottom lets you breathe freely without fogging up the goggles. It’s also designed to prevent eyestrain too, thanks to its anti-reflective and anti-blue light coating lens.

The snap-shut case holds your phone securely and keeps it from shifting around during play. Step 1 is to scan the QR code and download the Google Cardboard app, and you’ll be able to gain access to a bunch of VR games and experiences.

PROS: Works with tons of different phones. Easy to set up and adjust. Comes with controller and carrying case.

CONS: Even with the adjustable focus slider knobs, it can be hard to bring it into a clear picture at times. Also, glasses-wearing users reported that this is uncomfortable and difficult to use while wearing your specs. 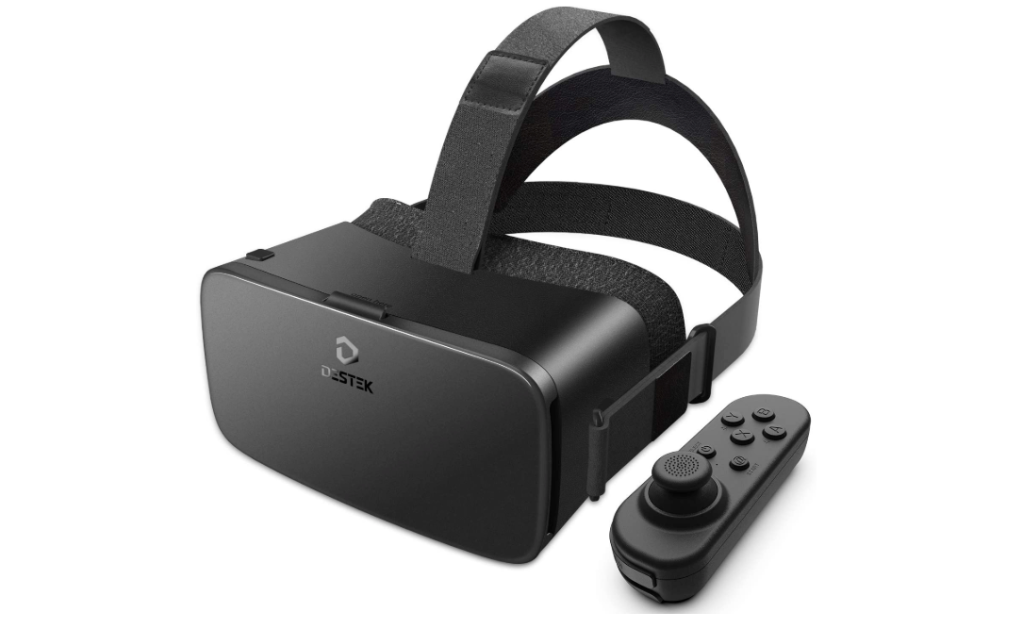 This is another headset that works well with your phone: pop it into the tray, slide it in, and strap it on.

Though it’s minimal, and relies fully on your phone’s tech, this unit has some useful and practical features built in. For starters, a little lined ruler helps you make sure your phone is dead-center before playing. Though you can’t access your phone’s buttons during use, padding helps prevent them from being accidentally pressed and interfering with (or unintentionally closing) your interactive experience.

Up top, levers let you adjust the location of each individual goggle – both left/right and front/back, depending on where your eyes are, which can make a huge difference in how truly immersed you feel in the game. The sliding door on the front exposes your phone’s lens for any augmented reality (AR) games that overlay the real-world, or in case you want to see your surroundings without taking the goggles off.

PROS: Securely-made, with a fit that’s snug on your face (and your phone) without being too tight.

CONS: There are no built-in audio options here, so you’ll need to use your own headphones for good sound. If you’ve got a volume/mic control on them, depending on the brand, that can also act as a way to start the game. Otherwise, you’ll need to start it on your phone before sliding the tray in. 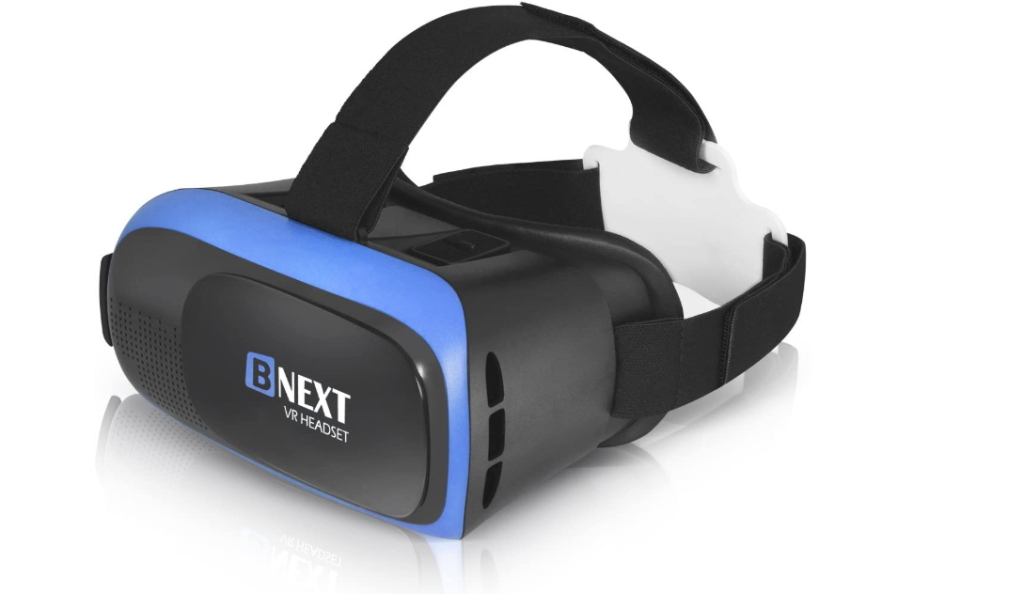 This comfortable headset provides a wide 360-degree field of view for phone-based games, and is an ideal intro for anyone who wants to get their first foray into VR.

There’s no controller or remote here, meaning that where you look controls the cursor, and staring at your desired option for a few seconds is how you “click” on it. For beginners, this may take some getting used to, but it ultimately doesn’t affect gameplay too badly.

This is also an easy way to watch your favorite movies and YouTube videos in a captivating, encapsulating setting that immerses you and won’t bother other people in the room.

CONS: While some, or even most games function without a traditional controller, many still require a button on the headset unit, which this doesn’t have. 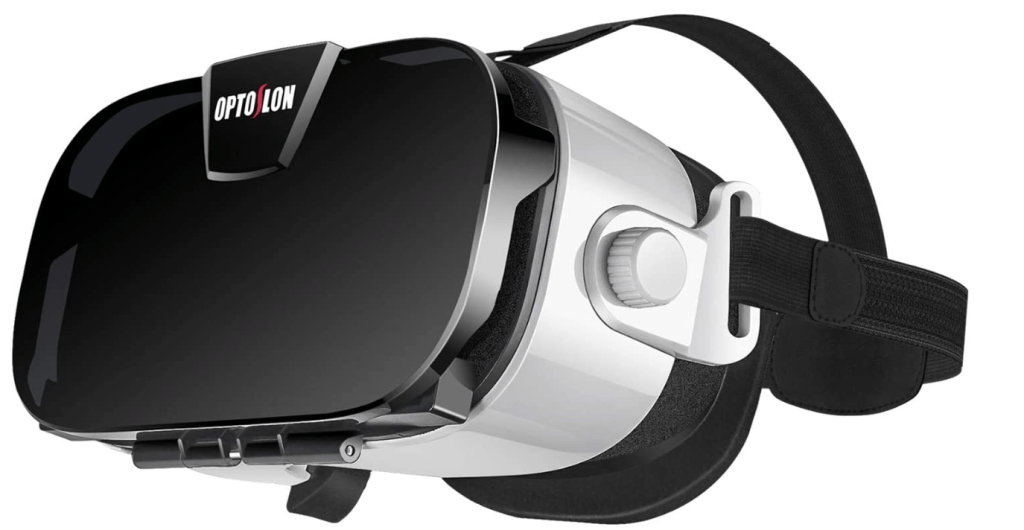 Why the PlayStation 5 hasn’t shown off VR… yet