The X-Men are easily one of the most important superhero teams in comics. Their entire reason for being is all about tolerance and acceptance. The message behind the X-Men makes them more important than, say, the Avengers. Sure, the Avengers have the popularity, especially now a days, but the Avengers don’t mean anything. The X-Men do and one of the things that has helped define that is their greatest antagonist- Magneto.

Magneto wasn’t about tolerance or acceptance. As a Holocaust survivor, he saw the worst humanity had to offer and said, “Never again.” Magneto quickly became one of the most compelling villains in comics for a simple reason- he’s not entirely wrong. Humans are terrible creatures that hate and fear what’s different. This popularity has meant that people wanted to see more of him and he has been a hero on and off for years, even spending pretty much the entire last decade as a hero. This list is going to look at whether he’s a better hero or should stay a villain.

10 Stay A Villain: A Powerful Threat

Magneto’s magnetic powers make him one of the most formidable villains around. In a world inundated with metal, he’s pretty much the ultimate threat- he can use anything around him as a weapon.

He can weaponize people’s blood, freezing them in place or giving them strokes. He can generate electromagnetic pulses that cripple technology. He can even affect the magnetic poles of the Earth given enough time and preparation. Magneto is a rare threat- a man who can cripple civilizations.

9 Better As A Hero: His Protective Instinct

Everything Magneto does is for the protection and betterment of the mutant race. The entire point of his adult life is to ensure a better life for his people and keep them safe from those who would victimize them, reinforcing them where they are weak.

This instinct runs counter to everything a villain usually stands for and is more indicative of a hero, someone looking to protect the weak from the strong.

8 Stay A Villain: The Ideological Argument

Magneto has always represented the dark side of Xavier’s dream- whereas Xavier desired nothing more than peaceful co-existence between humans and mutants, Magneto didn’t believe that such things were possible. He believed in mutant supremacy.

This ideological argument between the two men defined both of them and is one of the things that made the X-Men so interesting. Magneto presented another side to the whole thing that gave the X-Men the contrast they needed.

7 Better As A Hero: His Commitment

One of the things about Magneto that is worthy of respect regardless of whether he’s a hero or a villain is his commitment to his cause. When Magneto is part of something, he’s part of it wholeheartedly. Magneto doesn’t do things in half measures- he goes all in.

RELATED: 5 DC Villains Magneto Would Get Along With (& 5 He Would Hate)

This type of commitment is foreign to villains; villains are usually a fickle lot. Not Magneto, though, and this trait makes him a great hero.

6 Stay A Villain: His Methods

Even when Magneto is on the side of good, his methods are a bit extreme. Magneto has no qualms about ending threats in the most expedient ways possible and when one is as powerful as he is, the most expedient way is usually to just destroy whatever is in front of him and ask questions later.

Magneto doesn’t really care about who gets caught in the crossfire (unless they’re mutants); he doesn’t care about collateral damage. He just cares about getting it done.

5 Better As A Hero: His Goals

Beyond all the violence and the supremacy, Magneto’s goals are way more altruistic than the average villain- he just wants mutants to be able to live a life free of his bigotry and hatred. He wants his people to have a future in a way that he feels is impossible due to the current status quo.

RELATED: 5 DC Heroes Magneto Would Get Along With (& 5 He Would Hate)

These aren’t the goals of a monstrous villain hellbent on world domination, but ones of some who is deep down a good man. The world has hardened him but that doesn’t mean his goals aren’t great and that he couldn’t serve them better as a hero.

4 Stay A Villain: Keeping Up With The Jones

Magneto as a villain presents an interesting threat on more than one level. He’s so powerful that in order in to face him, the heroes have to up their game. Not only that, his goals are such that he can easily tempt people away from the side of the good to his cause.

The heroes who face Magneto have to be on their toes for someone who can hit them on more than one level and this makes him a great villain. His very existence elevates the heroes he faces in ways that a villain like Thanos doesn’t. Thanos is a dangerous physical threat, but no one is clamoring to join his side.

3 Better As A Hero: That Redemption Arc, Though

In his quest for mutant supremacy, Magneto has done some pretty bad things. He’s destroyed submarines, held the world hostage, almost killed Wolverine, and so many other bad things over the years.

RELATED: 5 Reasons Magneto Is The Greatest Villain In Comics (& 5 Reasons He’s Not)

2 Stay A Villain: Magneto Is Right

Magneto grew up in one of the most terrible times in human history. A victim of the Holocaust, Magneto learned a terrible lesson- that humans will destroy those that they fell are different. The history of Jews in Europe is one of pogroms and purges and Magneto was forged in the crucible of the worst of it.

The thing about it is that Magneto isn’t wrong. There will always be a segment of humanity that wants to destroy everything that is different from them and often times, the most bigoted people are those in power, influencing public perception. Sometimes, the only way to get through to people like that is violence.

1 Better As A Hero: He’s Noble

One of the things that separate Magneto from someone like Red Skull, who is also a supremacist, is that he’s noble. His goals aren’t exclusively about destroying those he hates, it’s about ensuring that his people have a future where they aren’t hunted down and killed because they are different.

It’s this nobility that draws fans to him and makes them root for him. It’s what makes him such a great hero when he’s on the side of good.


Next
Naruto: 5 Times We Were Supposed to Relate To Naruto But Couldn’t (& 5 Times We Related To Sasuke Instead) 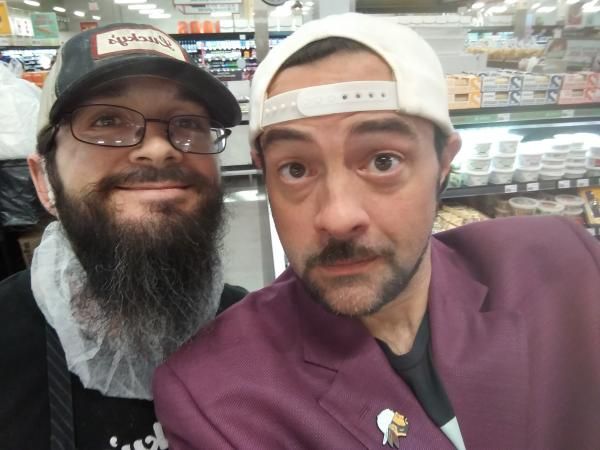 David Harth has been reading comics for close to 30 years. He writes for several websites, makes killer pizza, goes to Disney World more than his budget allows, and has the cutest daughter in the world. He can prove it.

This Is Us creator explains shocking season 5 premiere twist

King Von Dead After Being Shot in Atlanta, Police Say

Taylor Swift Reveals How Her Relationship With Her Boyfriend, Joe Alwyn, Has Changed Her Life